Home / Blog / Even In His 70s, Dennis Kelly Is Still A Fighting Champion

Even In His 70s, Dennis Kelly Is Still A Fighting Champion

Seven years ago at age 70, karate champion Dennis Kelly made the decision to retire. At that point, Kelly had won 11 national championship titles and 5 world championship titles. But after merely three years of retirement, Kelly grew unbearably restless. He yearned to rumble once again. 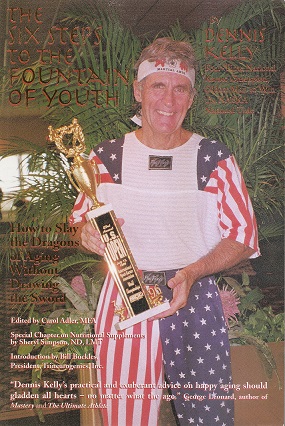 In 2011, Kelly participated in three contact karate tournaments for competitors over age 50 in his home state of Florida. He was the oldest contender – but that didn’t frighten him. Kelly was used to being the underdog. According to Examiner, Kelly was not always known for his fighting prowess. Instead, he was a bit of a clumsy child, lacking any kind of athletic ability whatsoever.

By the time Kelly turned 35, he had become overweight. After receiving a serious warning from his doctor, he took to studying Taekwondo. It stuck, because of those three competitions Kelly entered in 2011, he placed 4th, 3rd and 2nd.

It’s possible that he picked up more than just a few tricks from his old teacher, Master Lee. When Kelly studied Taekwondo back in his thirties, Master Lee was in his 60s. It took time for Kelly to earn the respect of Lee, who early on, was allegedly able to bring down Kelly in under five seconds. But once Kelly did earn his Master’s respect, he was shown the path to youthful strength through the Korean art of Qigong.

Now, Kelly believes he has unlocked the secret to everlasting youth through a mix of Qigong, Tai Chi and Chi Kung. He wrote a book titled “The Six Steps to the Fountain of Youth: How to Slay the Dragons of Aging Without Drawing the Sword,” has a number of lessons available for purchase on his website and has published a handful of videos available to watch for free on YouTube.

“In order to achieve optimal health and happiness and that ultimate state of imperturbability, you must have a body that is fit, a mind that is focused and alert, and a heart that is brimful of joy and gratitude for the experience of being alive,” Kelly writes on his blog. “With all three of these working together as a team, each supporting the other, soon you will have no barriers, no boundaries.”

I'm happy to help answer any questions you might have about our senior moving and downsizing services.