Home / Blog / Exercising Through the Ages

Exercising Through the Ages

Physical exercise couldn’t have changed all that much in the past 100 years, could it have? We’ve all been exercising the same way forever, right? Wrong. Exercise trends have been shifting and adapting to cultural and technological advances since the dawn of human civilization. 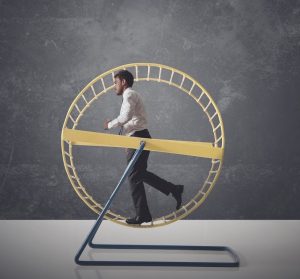 Staying fit has been a human concern since widespread industrialization, when humans around the world began to develop “diseases of affluence” such as vitamin deficiencies and gout. And while staying fit is a human concern, the ways in which we go about doing so are constantly evolving. The elliptical walker you bought 15 years ago was all the rage in 2000. Now, it’s a cultural relic.

Remember all the “fashionable” fitness fads you used to don? The rotation of “revolutionary” exercise machines that came and went before you even had a chance to break them in? You aren’t the only one. In fact, these fads seem to be commonplace in recent human history. Let’s take a look at the past 100 years or so.

– Mechanotherapy Machine: This workout machine of antiquity was invented by a man named Gustav Zander in the late 1800s. Essentially, it’s a Nautilus machine – instead of weights and adjustable parts, the mechanotherapy machine is made up of a system of pulleys and ropes, all of which are harnessed to the exerciser, who is required to stand and pull with their back.

– Exercise Wheels: Picture a wheel you might buy for a hamster to run around in. Now picture a human-sized version of that. That is the Exercise Wheel, invented by Otto Feick in 1925. Feick created the wheel for gymnasts, who would use it largely for stretching purposes.

– Electric Exercisers: An ad for this 1930s machine says the “logical” and “correct” way to exercise is to “massage away the extra ounces!” That’s exactly what this contraption attempted to do. Women harnessed themselves to a hunk of steel, pressed a button and “exercised” while electricity coursed through their bodies.