Moves for Seniors is proud to serve as the National Moving Partner for Holiday Retirement. We are excited to honor their veteran residents who once served our country, by sharing some highlights from their recent Memorial Day celebrations.

Guest speakers, poetry, music, balloon releases, story sharing and BBQ feasts are just some of the ways communities spent this past Memorial Day.

Many communities also paid special attention to their “Wall of Honor”, a wall displaying military photos of residents who served. Although this wall stays up year-round, it is especially appreciated and admired on Memorial Day weekend.

Moves for Seniors would like to highlight some of the heartwarming stories that these retirement communities have shared with us: 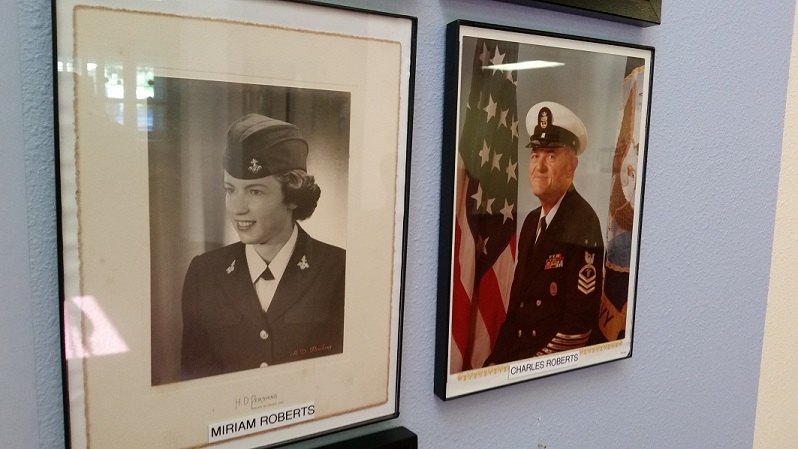 Miriam and Charles met in San Diego while serving in the Navy – the two fell in love and married shortly after. The pair now resides in the Lodge at Wake Forest, a Holiday community located in North Carolina. Their love story continues on as they proudly display side-by-side photographs on the community’s “Wall of Honor.”

Silver Arrow Estates had a very festive Memorial Day, including a cook-out style lunch, choir singing of “Onward Christian Soldiers,” and a “God Bless America” harmonica performance from a talented resident. Other residents shared prayers and stories of their passed loved ones. Participants then released over 60 balloons in honor of fallen soldiers. The day was described as one filled with laughter, tears and precious times of remembrance. 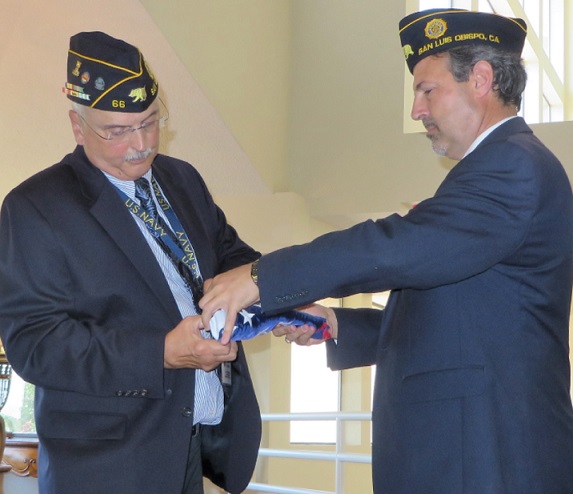 One of the Holiday communities located on the west coast was granted a “Certificate of Flag Presentation to Las Brisas Retirement Residence” back in 2001, which commemorated the USS Arizona (BB 39).  This flag had once flown over the ship, and the certificate honored and authenticated its service to our country.

It was recently brought to the community’s attention that the flag was improperly framed, so Las Brisas invited the local American Legion Post 66 to refold and reframe the special flag in a Memorial Day ceremony.

The ceremony included the Pledge of Allegiance to the newly refolded Flag, along with an a cappella solo of the National Anthem. 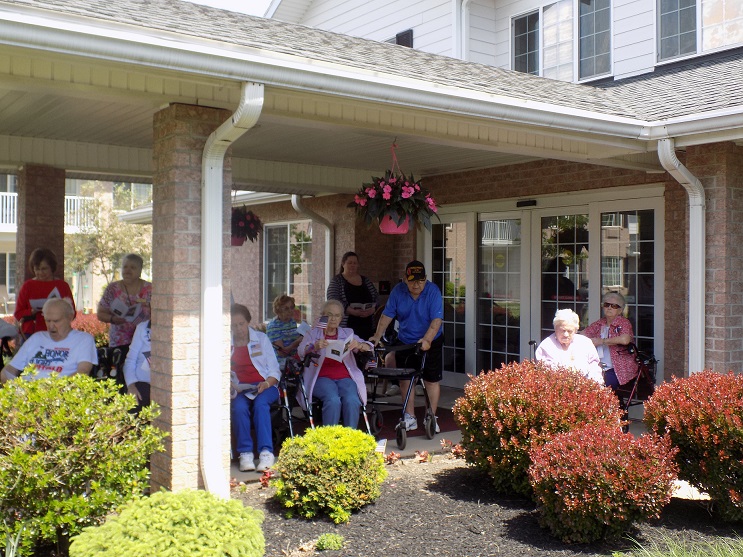 In the Montgomery retirement community, the residents gathered outside to participate in a “Bottom Line Discussion Group” which covered several topics about the American Flag, Poppy Flowers and the history of the holiday. Two poems were recited, “In Flanders Fields” and “We shall keep the Faith”.

Everyone who attended received a program with the poems, a Poppy flower, and an American Flag inside. The community Chefs prepared a fabulous BBQ meal that the residents still rave about. “There may have been similar programs around the country but what stood out for us at Montgomery was the togetherness. They are true Americans & so proud of it!”

Moves for Seniors is humbled to be able to provide services to seniors like these veterans every day of the year.  We thank the veterans for their service and Holiday Retirement for allowing us to share in these Memorial Day moments.